Showing posts with the label Corona Virus Deaths
Show all 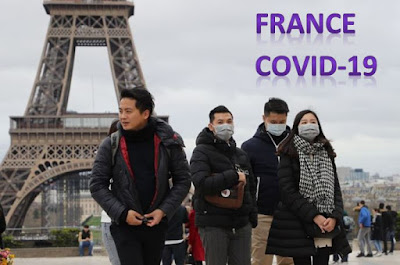 "A New Record Of Deaths From Coronavirus In France In One Day" France is one of the countries where the Corona virus has shocked the world with its devastation. Now France has recorded the highest number of casualties in a single day, following which it is believed that the destruction of coronavirus in France will increase further. According to details, the number of people who died in France after 1355 deaths in a single day has reached close to 5,400, while on the other hand, in France around 60,000 people are affected by the Corona virus. In Italy, the situation worsened after authorities extended the lockdown implemented in the country, Spain is the largest country affected by coronavirus after Italy, where more than 10,000 people have been killed by the Corona virus. While the number of patients has increased by more than one lakh 12 thousand. The government has helped the army in the fight against the Corona virus. Fifteen thousand soldiers will help figh
Post a Comment
Read more
More posts