Showing posts from October, 2020
Show all

Kashmir at the Crossroads 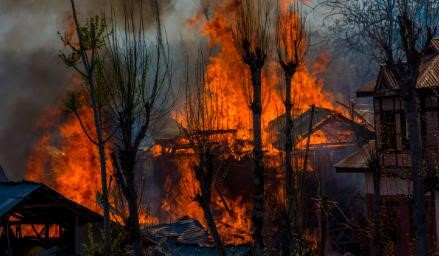 Kashmir at the Crossroads Kashmir was one of the princely states of subcontinent and due to incompetence of, red cliff, who had never been to India; this territory has become the bone of contention Pakistan and India. Its border is shared by three major nuclear states of the world. This volatile of the region is the reason Kashmir has become one of the most pressing issues of 21st century and late 20th century. After 1948 operation from freedom fighters, India took Kashmir issue to united nation on 1 January 1949 UN passed its resolution on Kashmir dispute and declaring "Plebiscite" in the region for its final solution. Pakistan controlled 35% of the disputed territor y and India about 45% rest is under Chinese control. As per resolution all the elements of state are required to cooperate with the process of plebiscite. Although several resolutions from UN plebiscite never happened and India deployed its armed forces in the region for it was clear that the result of ple
Post a Comment
Read more
More posts